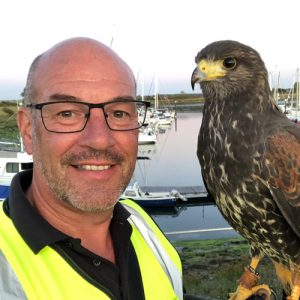 How to Stop Seagulls Nesting

Gulls can be unwanted guests when they turn up each year en-masse to nest on the roof of your business.  Their nests are large and made from twigs, grass and moss, blocking gutters, possibly leading to flooding of buildings. Their mess can deteriorate building structures, erode car paint and look very unsightly. What’s more, gulls become extremely aggressive during the nesting season, attacking customers and staff.

Gulls like to breed in colonies and so the number of birds nesting can escalate each year. This can be a real headache for business owners. The damage the gulls and their young cause to roofs may be very costly to clean and repair!

Gulls are protected by law, despite their apparently prolific numbers.  There are seven species of gull that breed in the UK and most are in decline for various reasons. Herring Gulls are ‘Red Listed’ and others are ‘Amber Listed’, due to their declining numbers. Hence, the current regulations do not allow gulls, their eggs or young to be harmed under any circumstances. Hefty fines and possible prison sentences can result in breaking the laws protecting gulls.

Once seagulls have nested on your site, they and their young will return every year unless their choice of site is changed.

Gulls mate for life and can live for twenty years. They usually start to prospect for their nesting site from March onwards. The eggs are incubated by both parents for up to 30 days in May and June. The chicks fledge around August and may continue to frequent the site for several weeks thereafter.

Each pair will usually lay two to four eggs and once nesting, the gulls will become increasingly aggressive to any intruders into their vicinity.  They will dive-bomb you, your staff and customers and even use their own droppings to target people in an attempt to protect their eggs and young.

How can I stop Gulls nesting on my site?

Once the birds have nested at your site it will be very difficult to prevent them doing it again the following year. There are many physical measures that can be taken to prevent gulls alighting on roof tops, including, but not limited to:

All have their uses and can be effective if used in the right circumstances, though some are more costly than others to install.

For some properties, it may not be possible to use permanent measures due to local regulations, aesthetics, cost or complexity.  In these circumstances, other deterrent measures are available. One such deterrent is the use of birds of prey.

Using Birds of Prey to Deter Gulls from Nesting on Roofs

A natural and non-lethal solution to deter nesting gulls, is the use of hawks and falcons. The presence of birds of prey at the right time during the pre-nesting and nesting cycle, convinces the gulls that predators have taken up residence in the area. This makes the site unattractive and apparently hazardous for nesting. If used at the prospecting stage, and with regular visits, gulls can be persuaded to choose alternative, ‘safer’, nesting sites.

The Urban Wings bird of prey programme will normally commence in March ahead of nesting activity and consist of visits of  2 – 3 hours per day at a prescribed frequency each week. The longer the birds of prey are active on site, the more effective the programme will be.

Visits are varied in timing and adjusted to suit the number of gulls and the stage of the nesting activity. Initially, a more intensive phase is recommended to make the site as unattractive as possible while the gulls are still in the prospecting phase. Once gulls have begun nesting, it will not be possible to drive them away from the site and so the earlier the programme can commence, the more effective it will be.

For heavily infested sites where the gull population is well established, it is likely to require at least 3 years to break the gulls’ behaviour and reduce the number of nesting pairs to an acceptable level.  However, the number of nesting birds should reduce year on year if the programme is maintained.

Ideally the programme should continue throughout the year with less frequent and potentially shorter visits outside of the nesting season.

It is important to use the most effective methods and be conversant with the current regulations regarding pest bird control.  We are pleased to offer a no-obligation assessment of your site and provide recommendations for the most appropriate and effective bird control programme to suit your needs and budget.

Urban Wings is rated 5 out of 5 based on 29 reviews on Google.